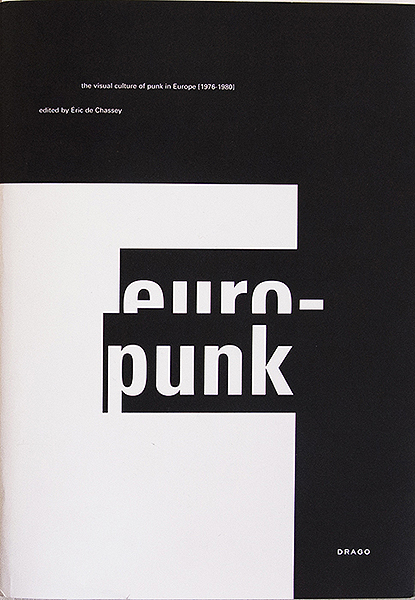 THE EXHIBITION
Born 35 years ago punk continues to influence most art and cultural forms, from music to literature, from visual arts to fashion. No exhibition or publication has yet been devoted to the artistic dimension of this movement in itself, even less with a truly international scope. EUROPUNK wishes to fill this particular lack.
From 21 January to 20 March 2011, the French Academy in Rome – Villa Medici will present the exhibition EUROPUNK, the visual culture of punk, 1976-80 trying to focus on the wealth of punk culture in Europe in the second half of the 1970s, showing the revolutionary change of imagery created by graphic designers, illustrators, image makers and agitators. It doesn’t want to tell once more the story of the musical influences of this movement that has surprised and shocked millions of young people, but to show the works of those artists who, while strongly denying they were making art, did want their images to change the world.
The exhibition is curated by Éric de Chassey, director of the French Academy in Rome, in collaboration with Fabrice Stroun, independent curator associated with the Mamco of Geneva, which will host the exhibition in the summer 2011. Four artists have been invited to conceive site specific projects for the Roman venue: Francis Baudevin, Stéphane Dafflon, Philippe Decrauzat and Scott King.

EUROPUNK is the first exhibition to present in its international dimension, the alternative creation of the second half of the 1970s in the visual domain, focusing in particular on the United Kingdom and France, as well as Germany, Switzerland, Italy and the Netherlands. It will highlight personalities such as Jamie Reid, creator of the famous Queen’s face with the eyes and mouth sealed by the title of the song God Save the Queen and the name of the Sex Pistols, Malcolm McLaren, inventor, manager and deus ex machina of the same band, and the French group Bazooka (consisting of Olivia Clavel, Lulu Larsen, Kiki Picasso, Loulou Picasso, Ti-5 Dur, Bernard Vidal and Jean Rouzaud). It will also show the extraordinarily rich and diverse anonymous creation of this movement, chosen after a large survey conducted across Europe. For the first time it will gather over 550 items, some of which well celebrated, some others unfamiliar or not seen for decades, from private and public collections: clothes, fanzines, posters, flyers, drawings and collages, record covers, films.
Dramatizing the incredible quality and vitality of these alternative artistic productions, it will show how the visual subculture of punk embodied both a desire for a blank slate and a profound cultural renewal. This movement continuous to be a synonymous of a new energy and a principle of maximized creative freedom that has had deep political bearings and far-reaching artistic and sociological effects. The event will symbolically start with the first appearance on television of the Sex Pistols, in 1976 – the birth year of punk – in the programme “So it goes” on Granada Television and will end with Joy Division performing on the BBC for the first time, in 1979.
From an historical perspective we can now fully comprehend the artistic nature of punk and analyse the work of its artists for their artistic and aesthetic qualities. They made punk history in the visual domain and are nowadays influencing a new generation of designers. From the musical point of view punk has been thoroughly surveyed by experts and eyewitnesses, amongst others Jon Savage – author, reviewer and historian of punk, whose book, England’s Dreaming, translated into numerous languages, is now a real milestone – and Jerry Goossens, a journalist who was part of Dutch punk and is now considered a leading expert of the movement. They both will make contribute essays to the catalogue of the exhibition.