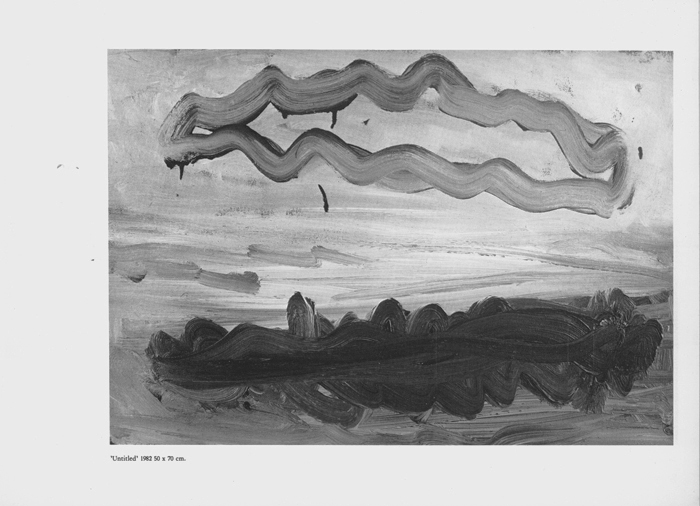 Stylishness
The history of the Dutch is to a large extent the history of painting. I’m always amazed when I see how deep paint and brush are rooted in the soul of the people of the Netherlands. Dutch lirerature means very little. Dutch theatre is, except from a few fringe groups, morewooden than a wooden shoe. Dutch cinema has.not grown up yet. Dutch music is practically non existent. But painters always have been abundant. I think it has to do with a sense of shame. The pressure to act normally always has been strong in this Protestant country, at least in public. The only accepted way to express your feelings is to close yourself up in a place where you can’t he bothered, and paint. But couldr>-t the Duteli isolate themselves and write, you might ask. My answer would he,that we are too ~aterialistic for that. We want to deal with matter, not with words. And apart from that: in the Bible we had all the words we needed. Painting appeals both to our individualism :q~d our materialism. That’s why we have in a very small area six or seven very interesting museums of modem art. They are so close to each other that you can visit them all in one day. That is also why we have in Holland the strangest regulation of all regulations: it is known as ‘contra-prestatie’ (govemment sponsered artists system ). It is so that the state buys so much work from artists ( now a bout 3000) that they have an income that is slightly higher than the minimum income. Because Holland certainly doesnothave more than a fey hundred interesting painters and sculptors, this means. that the state is now in the lucky possession of an increasing mountain of mainly worthless material. It is lent out to schools and other institutions for educational reasons. So much for our education system. The exhibition you see here is an exhibition of painters who studied in Rotterdam. Rotterdam is known in Holland as a city of workers. That is not far from the truth, because without Rotterdam Dutch economy would he sinking much quicker than it does already. Hard workers are, you may have noticed, not very interested in ~ulture, That’s why the atmosphere in Rotterdam is one of deprivation. The city-council is a ware of the problems and tries to do something about it. Sometimes the rumour spreads through Holland that now it’s really going to happen in Rotterdam. But somehow it never happens. Deprivation also has its positive sides. It can bring people closer to each other.And that is exactly what happened in the case of this exhibition. The works you see bere were made by people who are friends. They know each other from the art school and they keep in touch. T hat doesn’t mean that they are a group in the artistic sense. Artistically they all go their own way. That people who have such different views are ha ving an exhibition rogether is a sign of the times. It means that the dogma has lost its attraction. Everybody goes his own way in the pursuit of happiness and doesn’t mind if the way is not the same for everybody. In Byzantium the theologists quaerelied about the number of angels that could dance on a pin; in Holland the artists of the Stijl quarrelled whether a corner of forty five degrees instead of a rectangle was permitred in painting, but the new generation loves a personal approach and doesn’t try to prescribe a style. But however personal one is, you can’t escapeyourown time. Youcan’tdeny living in 1982, at least at the moment. And this is, rogether with being Rotterdam-centered, what binds these artists togethe:r, however personal they are. What does this decade evoke? What inhe spirit of this time? That’s a hard one to answer. Why do I always ask myself these impossible questions? That’s a hard one to answer too. But I’ll give it a try anyway. Tome it seems that theessence ofthe paintingsyou findhere is a kind of no-nonsense mentality.Art as a form ofvitality, hard work, energy. These painters are not really doomed.Nor do they try to he. They don’t think a. lot about political change or atombombs. But .they do think a lot a bout painting. How do you express the relation between yourself and the world
with paint and brush? One day they give this answer, the other day they try another. Both answers are pinpoints in a world that changes day by day. The act of painting is one of the very few lasring truthes. As much as the surroundings change and the processes of thought, the painting, once finished, more or less stays the same. Why not use other materials? Why fall back on the traditional tools of the artist? Why not use plastics or laser or computers orwhatever? Weil, in fact there’s nothing against that, butthe results have generally speaking, been rather meagre. Experimenting with new matenals easily leads toa situation in which you are so interested in the material that you forget about what you want to say. You get carried away. This problem is generally ‘recognised in the artworld today. And as we don’t believe any longer in progress, the embarrassment that tradition used to cause, has faded away. We can allow ourselves to he open minded, also for the past. What is useful should he used. Ecclecticism is here again.The painters who’s works are presenred here are not only very much aware of the past. They feel at home both in the disco and in the company of the old masters in the museum. They look and they look and they look. They shuffie the things they see and make new connections. They don’t believe in style but in stylishness. And they really like what they do.